relativity is a geometric effect.

The relationship between your time and spacecraft time is simple. All you need is Pythagoras's theorem.

The following are a list of points to be mindful of when studying the animation. 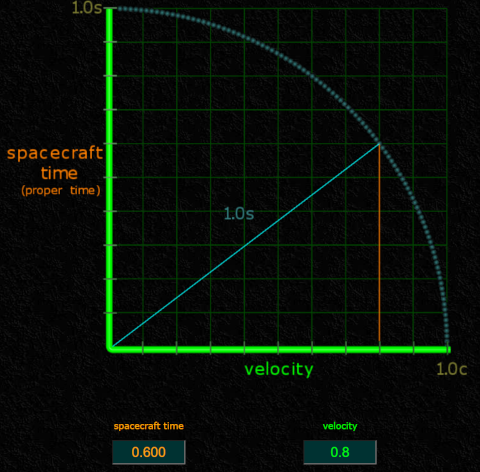 There are two text boxes

spacecraft elapsed time : enter a time interval less than, or equal, to 1.0. The graph will update to show the corresponding spacecraft velocity.

velocity : enter a spacecraft velocity as a fraction of c. The graph will update to show the elapsed time in the spacecraft.

The triangle originates from the photon path in the time dilation animation. 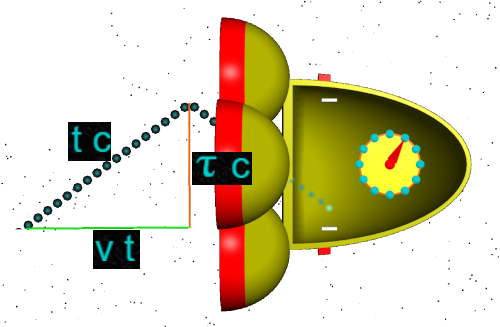 The triangle in the illustration is for a spacecraft velocity of 0.866c. The same as the example triangle above.

Scale the hypotenuse to 1 and the green length is the velocity of the spacecraft. The length of the orange line is the spacecraft time interval for 1 second of your time.

Pythagoras to the rescue.