Contraction of Length by Time Dilation

For the theory of relativity to be consistent the length of a moving object must contract in the direction of travel. The higher the velocity the more the contraction, until, at the speed of the light, the object will be measured to have zero length.

Currently no experiment has measured the contraction of length directly. However there is indirect evidence for the phenomenon.

In this section it is shown that length contraction is a direct consequence of time dilation.

The animation depicts a clock and a checked cylinder, as seen in the image below. The two views are of the the same clock and cylinder from two different reference fames. 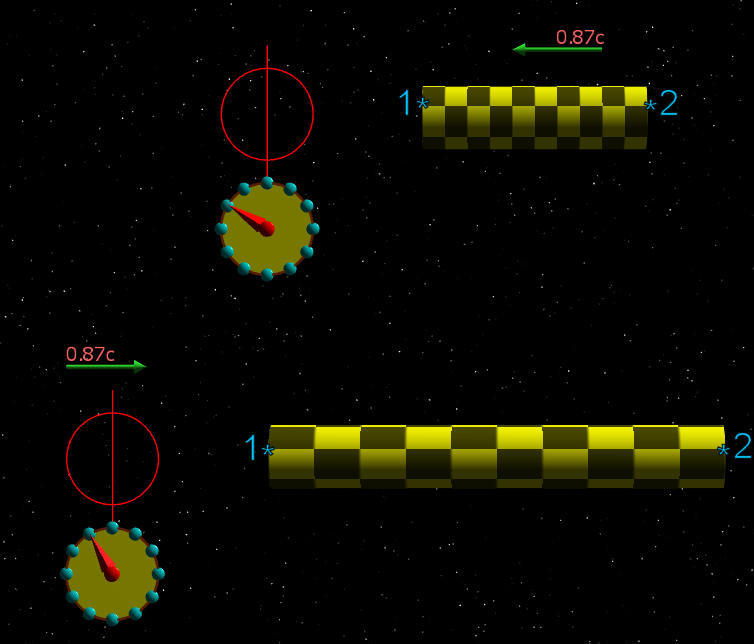 The four * mark the events when the gauge on the clocks coincide with the ends of the cylinder.