There is a relativistic component to the Doppler effect which is significant at high velocities. This relativist component is always smaller than the classical Doppler effect, but is important later in the course when we consider the derivation of E = mc2. 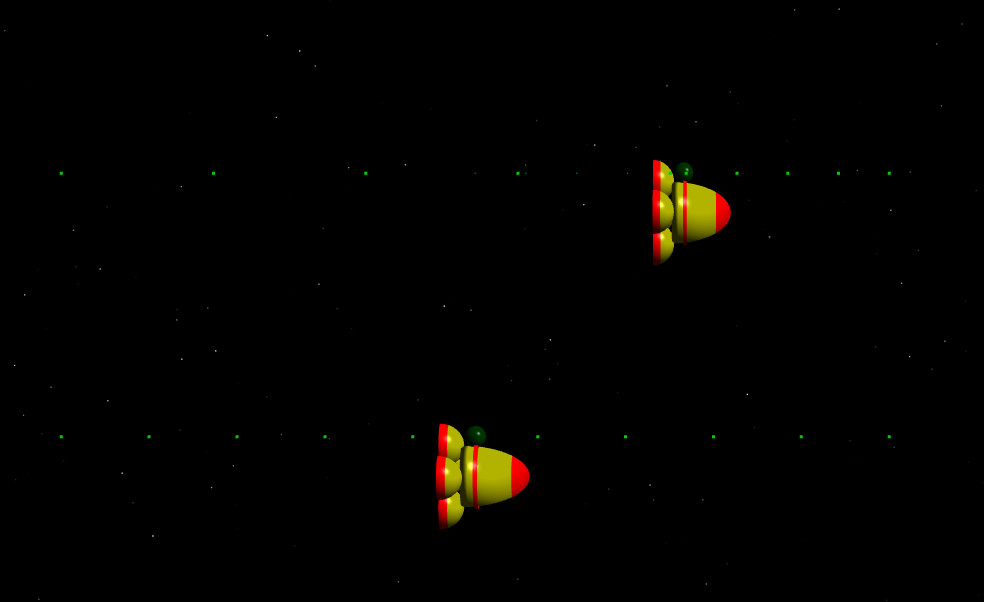 Try selecting a speed of 0.866c. You will notice that moving light bulb flashes at half the rate of the stationary light bulb.