In this section we look at the spacial interval of a clock time tick interval.

The animation depicts a clock and a grid with vertical blue poles. 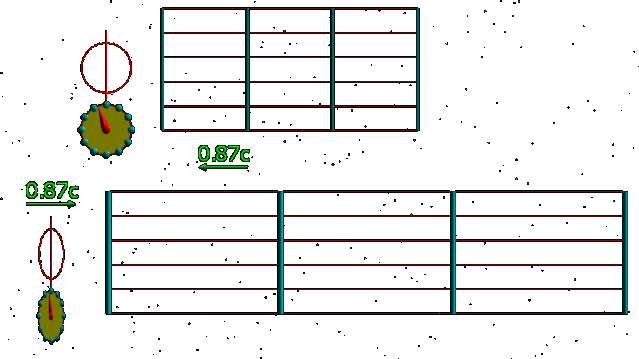 At the top, with the grid in motion, it must contract so the blue poles pass the clock on each tick of the clock.