In 1910 Daniel Frost Comstock, and three years later Willem de Sitter, both proposed that the emitter theory would result in the apparent peculiar motion of stars in binary systems. De Sitter and other observers of binary star systems had not observed any such peculiar effects. For example, the orbiting stars would be seen not to follow Kepler's Laws of planetary motion. No such deviation had been observed.

The animation depicts a star in a binary system emitting photons that travel to a distant observatory.

Compare the apparent motion of the binary star for different velocities. 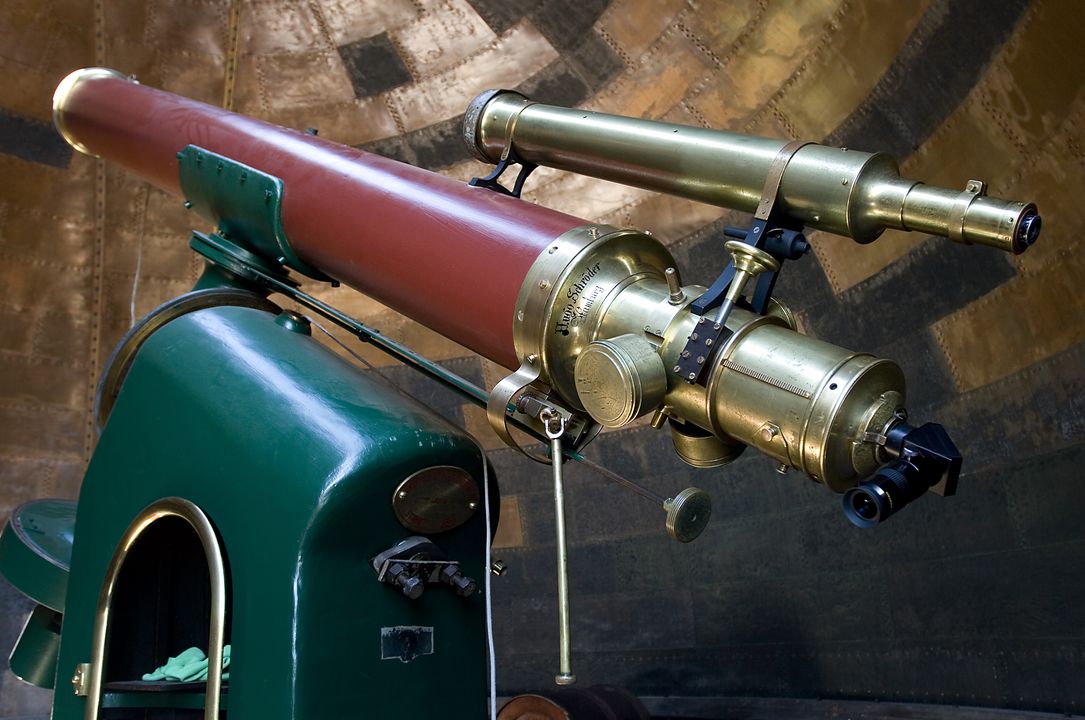 The 29cm telescope at Sydney Observatory was used to observe double stars from 1874, including the closest binary system called Alpha Centauri. Its observational results are consistent with the speed of light being a constant.